Home > About Us > Management Team > Lonnie A Funk 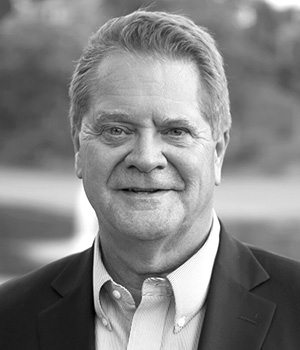 Lonnie founded Rolling Oaks and Affiniti after a successful 26 year career in the Hotels and Hospitality industry. His success came from his perseverance, passion and ability to create successful relationships. He learned many of these skills at an early age when playing American Legion Baseball in Billings, Montana where he owns the best all time winning record for a pitcher at 30-3. The thrill of remaining late in the game and the accomplishment of finishing what you started remains relevant in all that he does. It was here that being a part of a team proved to be the greatest lesson of all. Lonnie prides himself on the people that work for him and that surround him. He takes no greater satisfaction than seeing those he mentors accomplish great things.

Everyone has passions, and everyone should embrace who they are. Lonnie’s greatest passions are his wife, children and grandchildren. He still loves baseball, working out and enjoys the sense of accomplishment he gets from doing yard work around the house. Above all, his trust in his employees radiates and creates the amazing loyalty which is evident throughout the culture of Rolling Oaks. He truly believes that you are only as good as the people that work for you and stays true to his philosophy, “It’s not about me, it’s about them”.