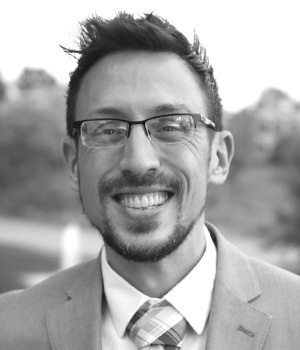 Rick Shortt is the Director of Sales and Marketing for Affiniti Management Services.  Prior to his current position, Rick was an award-winning Community Director for Affiniti, managing three Beacon Student Living properties.  Rick earned the title of Springfield Area Manager of the Year in 2013 and 2014 from the Springfield Apartment and Housing Association as well as receiving Property of the Year in 2014 and 2015 from SAHA and Best of MSU honors for the property and amenities in 2012, 2013 and 2014.  Rick brings the same passion and drive to his current position.

Rick is an accomplished musician and a member of the famous (and #3 blues band in the world) Norman Jackson Blues and Soul Band which he joined at the age of 16.  His trademark move is to play the saxophone behind his back while doing back knee bends.  His favorite spot to do this:  any climbable surface!  Rick’s dream is to one day climb to the top of Mt. McKinley.